Kathmandu May 1.
State-owned Radio Nepal’s first female singer and freedom fighter Ranudevi Adhikari passed away on Thursday night. She was 86. Ranudevi died while undergoing treatment at Sinamangal-based KMC Hospital, informed Ranudevi’s daughter Alpana Regmi. Among the popular songs of Ranudevi are ‘Nepali Agi Bada, Haatma Kranti Jhanda Liyi’, ‘Jage Nepali, Uthe Nepali’, Juneli Raat Hajur’. She had recorded her voice in the then Nepal Democracy Radio. These songs had inspired freedom fighters to intensify struggle against the Rana regime in 2007 BS. Born in 1990 BS, she was active in the historical people’s movement against Rana rule through the medium of art and music. The final rites of Ranudevi were performed at Pashupati Aryaghat on Thursday night itself. She is survived by a son and two daughters 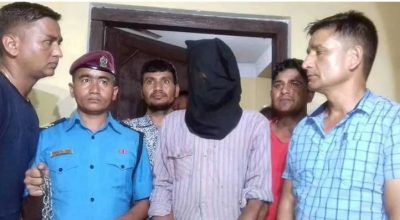