Kathmandu : Lets look into the data, the government has performed well. Why don’t you see government’s performance?  Oppositions’ duty is to protest the government.  They are being involved in the protest of government to foil our unity and defame the government. All the domestic as well as foreign powers have centered their activities in protesting the government through deluding people. What happens the leaders of our party running behind them and their fabricated rumors?

Who unraveled White Body scandal? Had that happened during our tenure? Had we initiated it? Why are we not raising such issues against the oppositions?  Moreover, our friends too are dancing in their tune. Our friends are asking where the smuggled gold went. Had the gold been smuggled during our term? Had any one seen the gold being smuggled before? Our government arrested the smugglers and we are asking the whereabouts of the gold.

Lets present our weakness if there are, and discuss in this meeting openly and decide how to move forth. Lets have positive talks. Why do we have such an objection in claiming for the good performance? We have gained a lot of achievements but we are not in the position of revealing this reality publicly. Lets involve in serious discussions, come out with a way out and move forth.

The government is basically doing its level best in the wellbeing of the country and people in accordance to our electoral manifesto. However, I must tell the truth that even good performance of the government could not be defended from within our party.

We brought Nepal’s map into public for which I have been the sole target. You could imagine how much they ( Indians) have been agitated against us after  we publicly objected Raj Nath Sing  for  inaugurating the road  built in Nepalese territory,  publicized our map, amended the constitution, and provisioned it under the schedule of the constitution. You can see hatred against Manish Koirala being poured against her simply for her twit.  How much have they been angry? We know the pressure being imposed on by people from the Embassy of India to Nepal.

We agreed to move forth with consensus during party unity, but we are being involved in the game of majority and minority barricading the government from all the corners ignoring the spirit of party unity. This is an undisciplined act. Factionalism and barricading the government in the name of majority and minority lead us to party split. The agreement to run party in consensus till the national convention is getting violated. One should not cherish the illusion to gain personal height through criticizing party leadership. Lets prioritize party, not a faction. I have felt that our homework to lead the party has not been sufficient. Lets move forth rectifying our weakness if we have. I am a political man. I retaliate if anyone tries to politically stockade me. I do not commit apolitical act. Lets, therefore , not play against any one’s sentiment. Lets not provoke anyone for certain post in party committee. Nothing will be resolved if we keep on talking about sentiment. The issue of ordinance came to public ( the ordinance on political parties and constitutional council that PM Oli had issued and withdrawn ).  Friends raised questions why the ordinance was introduced. Since it was essential, it was brought. That was right and brought. However, we withdrew after friends asked to withdraw. Now its chapter has been closed for the time being.

The government is achieving success in Corona prevention and control campaign . Nepal has done better in this sector in comparison to other countries. I can claim that only 24 people have passed away but not all due to Corona. Hardly ¾ persons might have passed away due to corona virus. However, we have to accept after it is clinically proved. I had suggested to use turmeric which has medicinal property used by our ancestors in the context of building immunity power. But you can see people have come down to the street demanding my resignation in the name of turmeric. Should I resign only in the name of turmeric? It is not necessary to resign merely on the ground of anyone else’s protest under any pretention. There is a question of taking action against our friend in the issue of corruption without any concrete fact, proof, and even without the investigation of related authority and  body. I must take action against them if they are found being involved in corruption. Except the party and friends, who saves our friend if he is not guilty. 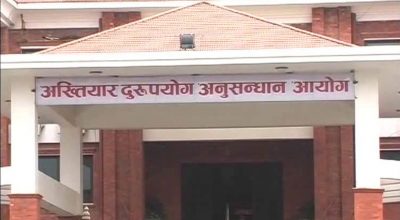 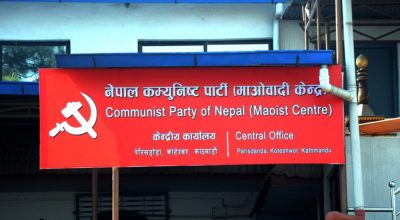 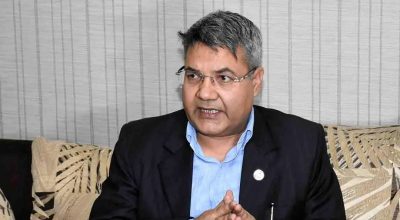 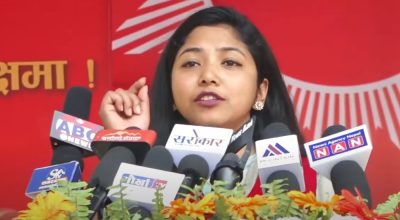 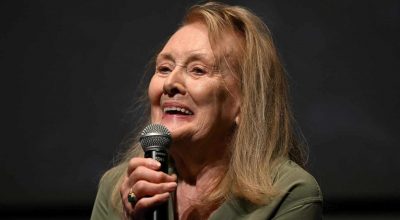