Upendra Yadav’s restlessness, sometimes with Deuba, Oli and with Prachanda, ‘got zero’ 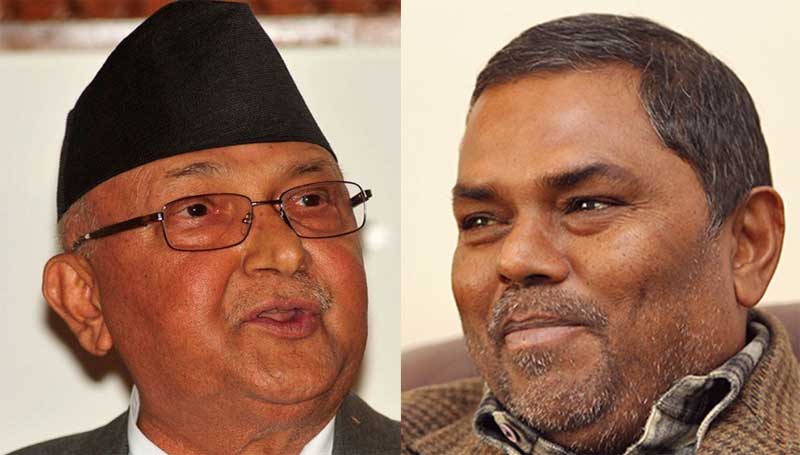 Kathmandu : It was not possible to predict who the Janata Samajwadi Party (JSP) would vote for in the election for the Speaker’s post on Thursday (January 5), until the House of Representatives met for the election.

Jaspa President Upendra Yadav signed on behalf of the party at the last moment in favor of Pushpa Kamal Dahal Prachanda, Chairman of the Maoist Center for the Prime Ministership on December 10. Based on this, JSP was expected to participate in the expanded cabinet on January 3.

However, when all the power-sharing parties were represented in the cabinet, Jaspa did not participate. Stating that he did not get the ministry as expected, Yadav decided not to participate in the government immediately.

Disgruntled Yadav reached Dhumbarahi the next day (January 4) to meet Congress President Sher Bahadur Deuba. He went to Deuba residence to discuss the speaker candidate. With the Deuba-Yadav meeting, the message was conveyed that the Jaspa would leave the power alliance and return to the Congress-led opposition alliance.

But what was surprising was that Yadav, who had met Deuba the previous day (January 4) and conveyed a message that he would help the Congress in the Speaker election, on January 5 urged the JSP MPs to vote in favor of UML candidate Devraj Ghimire.

The events of January 3 (refusal to participate in the cabinet), January 4 (discussion with Deuba about the speaker) and January 5 (voting in favor of the UML candidate) are enough to understand how politically unstable Jaspa President Yadav has become in recent times.

His different decisions within three days have made it difficult to predict which alliance will be chosen by President Yadav. Yadav has been repeating the same unstable trend for the last four months regarding the choice of alliance.

By mid-October (2079), the Yadav-led Jaspa was in the then ruling coalition of Congress-Maoist Center-Unified Samajwadi. In the local level elections held on 30 Baisakh-2079, Jaspa joined the same alliance and competed.

However, Yadav decided on October 15 that he could coordinate with parties other than the ruling coalition, expressing his dissatisfaction with the distribution of seats in the House of Representatives and State Assembly elections. With the support of this decision, on October 22, he decided to form an electoral alliance with the UML. On the same day, after the written agreement between UML-JSP and the distribution of seats in the general election-2079 alliance, JSP formally separated from the then ruling coalition.

Chairman Yadav also did not want to extend the alliance with UML for more than two months. As soon as the final results of the direct election were announced, President Yadav unilaterally announced the breakup of the alliance with the UML from Biratnagar on December 18 while returning to Kathmandu.

Now he started moving towards the old alliance with Congress-Maoist Center-Unified Socialists. Yadav also started participating in the meeting of the then power alliance in Baluwatar to select the candidate for the Prime Minister.

In the first phase, the Congress-Maoist alliance with the Center was also broken on 10th of December when there was no agreement on who would become the Prime Minister. Under the leadership of the UML, a new coalition of parties including the Maoist Center was formed. And this new alliance decided to make Prachanda, the Chairman of the Maoist Center, as the Prime Minister.

With this new situation, Yadav once again joined a new alliance with the UML-Maoist Center. While he also participated in the Baluwatar meeting along with Deuba-Prachand until the morning of 10 December.

Ever since Prachanda became the prime minister, he has been participating in the meetings of the power-sharing parties, including the UML-Maoist center. However, looking at Yadav’s unstable character, who is ‘sometimes here’ and ‘sometimes there’, it seems that he may leave the current ruling coalition and join the Congress-led opposition coalition at any time.

Where there is benefit, there is upendra
There is no need to hesitate to say that President Yadav has decided to leave the alliance based on profit and loss. This is shown by his decision to join and leave alliances depending on the political situation.

The Yadav-led Federal Socialist Forum contested the general elections in 2074 in alliance with the Rashtriya Janata Party (RJP). However, as soon as the Left Alliance won the majority in the elections, Yadav became closer to the Left Alliance. He joined the government led by UML president KP Sharma Oli.

However, Oli did not want to keep Yadav in the government for a long time. He disgracefully transferred Yadav to the Ministry of Law. Despite this humiliation, Yadav remained in the same ministry for some time. He resigned a few days later.

When the election results were coming in, he did not delay in announcing that the alliance with the UML would be broken as the then ruling coalition was approaching the majority. After that, he started appearing in Baluwatar meetings along with the leaders of the ruling coalition including the Congress-Maoist Center.