President Bhandari said after meeting Narayanman Bijukche – it was like ‘Maiti’ ! 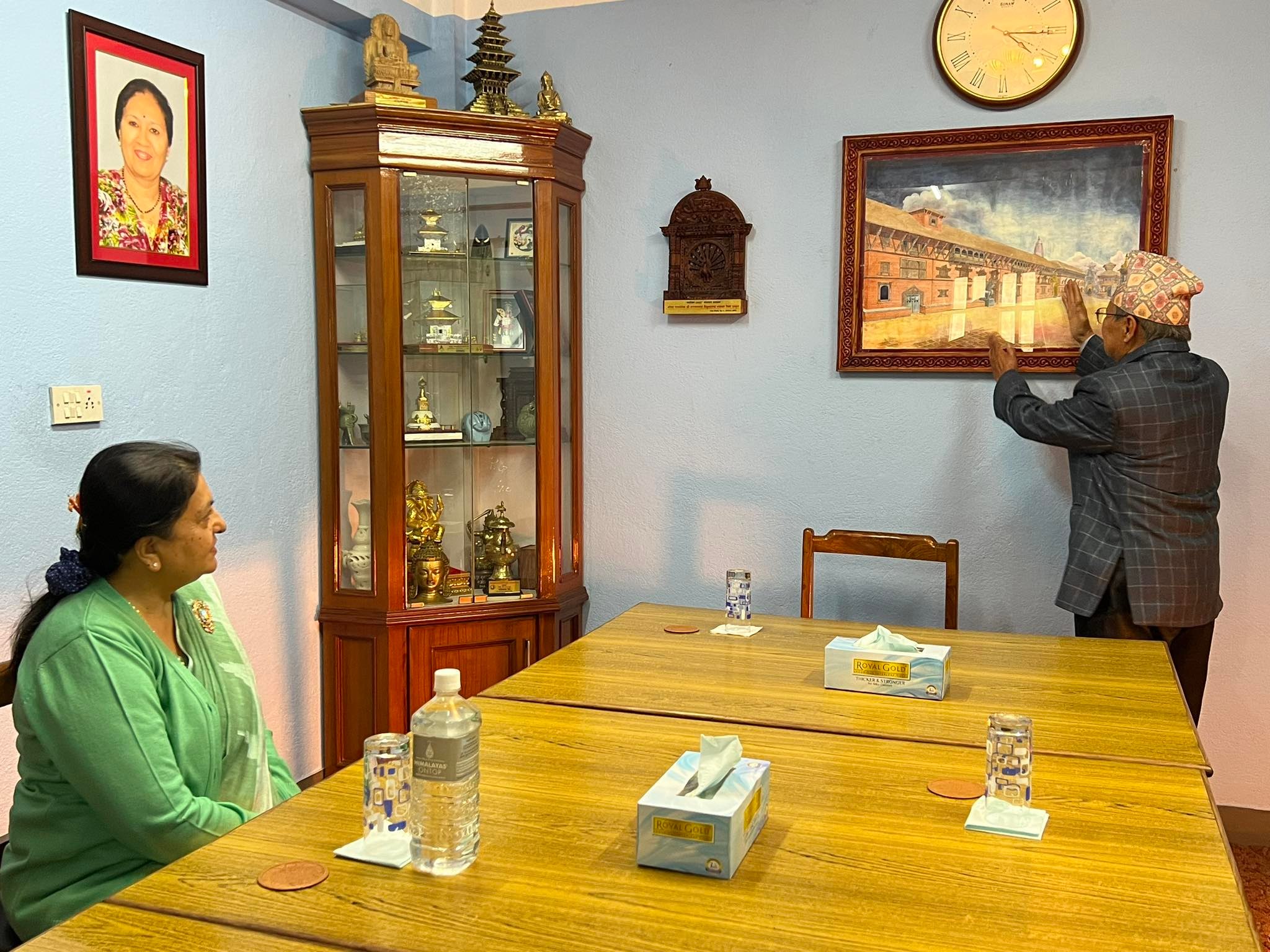 Kathmandu : President Bidya Devi Bhandari has met with Narayanman Bijukchen, President of Nepal Majdoor Kisan Party.
At 4:30 pm on Saturday, President Bhandari visited Bijukchen’s residence in Bhaktapur. Before going there, President Bhandari visited Changunarayan Temple.
According to Surendraraj Gosain, Member of Parliament of Bagmati Province and central member of the party, there was a discussion between them for about 45 minutes.
Gosain said that during the meeting, President Bhandari paid tribute to Bijukche’s late wife Shobha and expressed her condolences.
He had been trying to meet him for a long time. Last June, Shobha Bhauju passed away. He tried to come at that time but was not able to,” Gosain told Nepalpagi, ‘initially she expressed her condolences. Then he understood about the health condition.
He also said that President Bijukche said that no Nepali citizen should die due to lack of medicine.
No one should die due to lack of medicine. In Nepal, people are losing their lives even without getting the medicine that should be brought from abroad, the government is not paying attention to it,” Gosain said, quoting Bijukche’s statement.
Gosain said that emphasis should be placed on drug production in Nepal and the need to sensitize the drug department.
According to him, President Bhandari also talked about how she tried to improve the health sector during the Corona epidemic.
He said that she was trying to do something about Covid and it was difficult to provide vaccines due to some shortcomings, Gossain said, quoting President Bhandari’s statement.
President Bijukche also said that he has special interest in health, education and agriculture. Bijukchhe complained that the government did not listen even when he talked about the matter of fertilizer production, which the farmers have not received for 30 years.
In the context of the conversation, Bijukchhe showed the painting of Bhaktapur Durbar Square and informed President Bhandari .
Bhaktapur is full of tekko(assistance of weden stick) of Laiku. The chairman also drew attention to the fact that he should use his own financial resources to build the palace. He said that he thinks that our heritage should be created by ourselves.
Similarly, President Bhandari reached there and said that she felt like she had come to Maiti.
She was very happy and told me today it was as if my mother had come to me. She said that because he is a senior politician, a veteran of Nepal’s communist movement, political ethics, honesty, and a left-wing thinker,” said Gosain, “otherwise she would not have reached the residence. Not even his party. He revealed the ideal by reaching his residence.