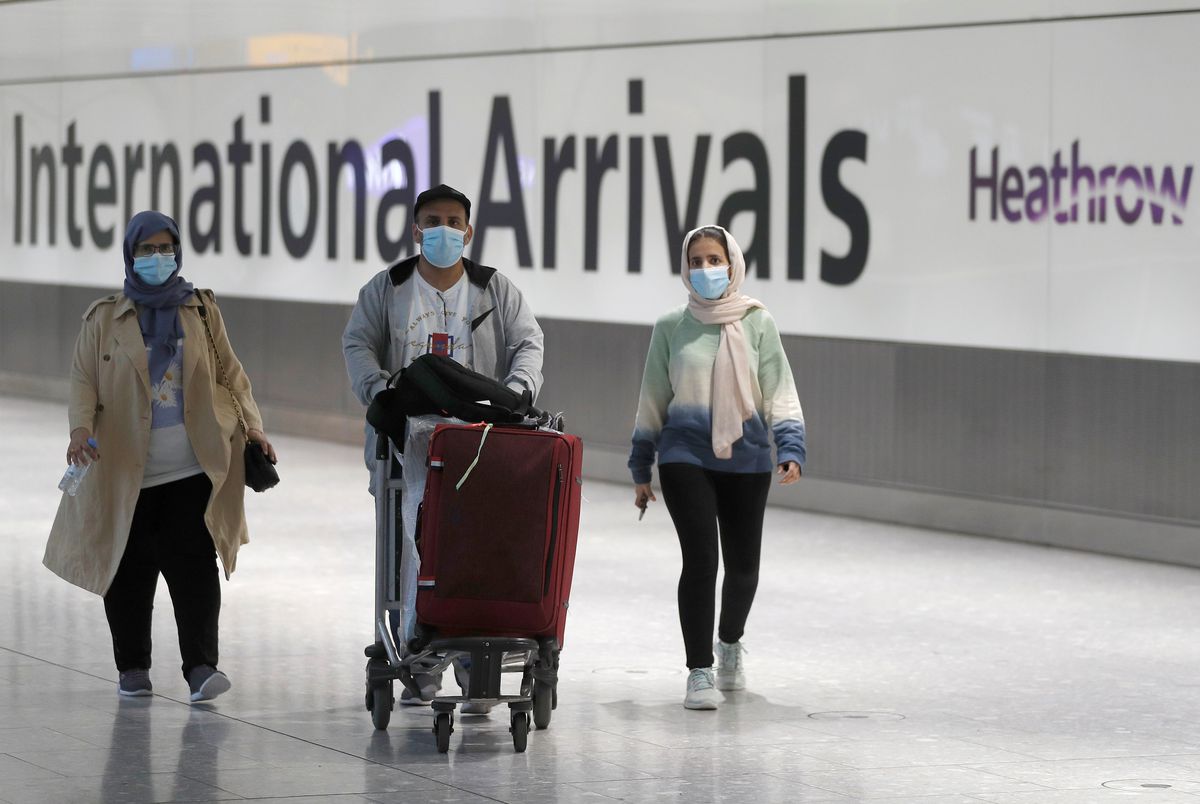 LONDON, Jan 11 (Reuters) – Countries should consider recommending that passengers wear masks on long-haul flights, given the rapid spread of the latest Omicron subvariant of COVID-19 in the United States, World Health Organization (WHO) officials said on Tuesday.

In Europe, the XBB.1.5 subvariant was detected in small but growing numbers, WHO and Europe officials said at a press briefing.

Passengers should be advised to wear masks in high-risk settings such as long-haul flights, said the WHO’s senior emergency officer for Europe, Catherine Smallwood, adding: “this should be a recommendation issued to passengers arriving from anywhere where there is widespread COVID-19 transmission”.

XBB.1.5 – the most transmissible Omicron subvariant detected so far – accounted for 27.6% of COVID-19 cases in the United States for the week ended Jan. 7, health officials have said.

It was unclear if XBB.1.5 would cause its own wave of global infections. Current vaccines continue to protect against severe symptoms, hospitalisation and death, experts say.

“Countries need to look at the evidence base for pre-departure testing” and if action is considered, “travel measures should be implemented in a non-discriminatory manner,” Smallwood said.

That did not mean the agency recommended testing for passengers from the United States at this stage, she added.

Measures that could be taken include genomic surveillance, and targeting passengers from other countries as long as it does not divert resources from domestic surveillance systems. Others include monitoring wastewater around points of entry such as airports.

XBB.1.5 is another descendant of Omicron, the most contagious and now globally dominant variant of the virus that causes COVID-19. It is an offshoot of XBB, first detected in October, itself a recombinant of two other Omicron subvariants.

Concerns about XBB.1.5 fuelling a fresh spate of cases in the United States and beyond are on rising amid a surge of COVID cases in China, after the country pivoted away from its signature “zero COVID” policy last month.

According to data reported by the WHO earlier this month, an analysis by the Chinese Center for Disease Control and Prevention showed a predominance of Omicron sublineages BA.5.2 and BF.7 among locally acquired infections.

The European Union Aviation Safety Agency (EASA) and the European Centre for Disease Prevention and Control (ECDC) on Tuesday issued recommendations for flights between China and the European Union including “non-pharmaceutical measures to reduce the spread of the virus, such as mask-wearing and testing of travellers, as well as monitoring of waste water as an early warning tool to detect new variants.”

The agencies recommend “random testing may also be carried out on a sample of arriving passengers” and “enhanced cleaning and disinfection of aircraft serving these routes.”

Last week, the EU’s Integrated Political Crisis Response group (IPCR), is a body made up of officials from the EU’s 27 governments, also recommended all passengers on flights to and from China should wear face masks and random testing of passengers arriving from China.

Many scientists – including from the WHO – believe China is likely under-reporting the true extent of its outbreak.

The WHO is aware that the case-definition of what counts as a COVID-19 death in China is narrow and “not necessarily the case definition that WHO has recommended countries adopt,” said Smallwood.

More than a dozen countries – including the United States – are demanding COVID tests from travellers from China.