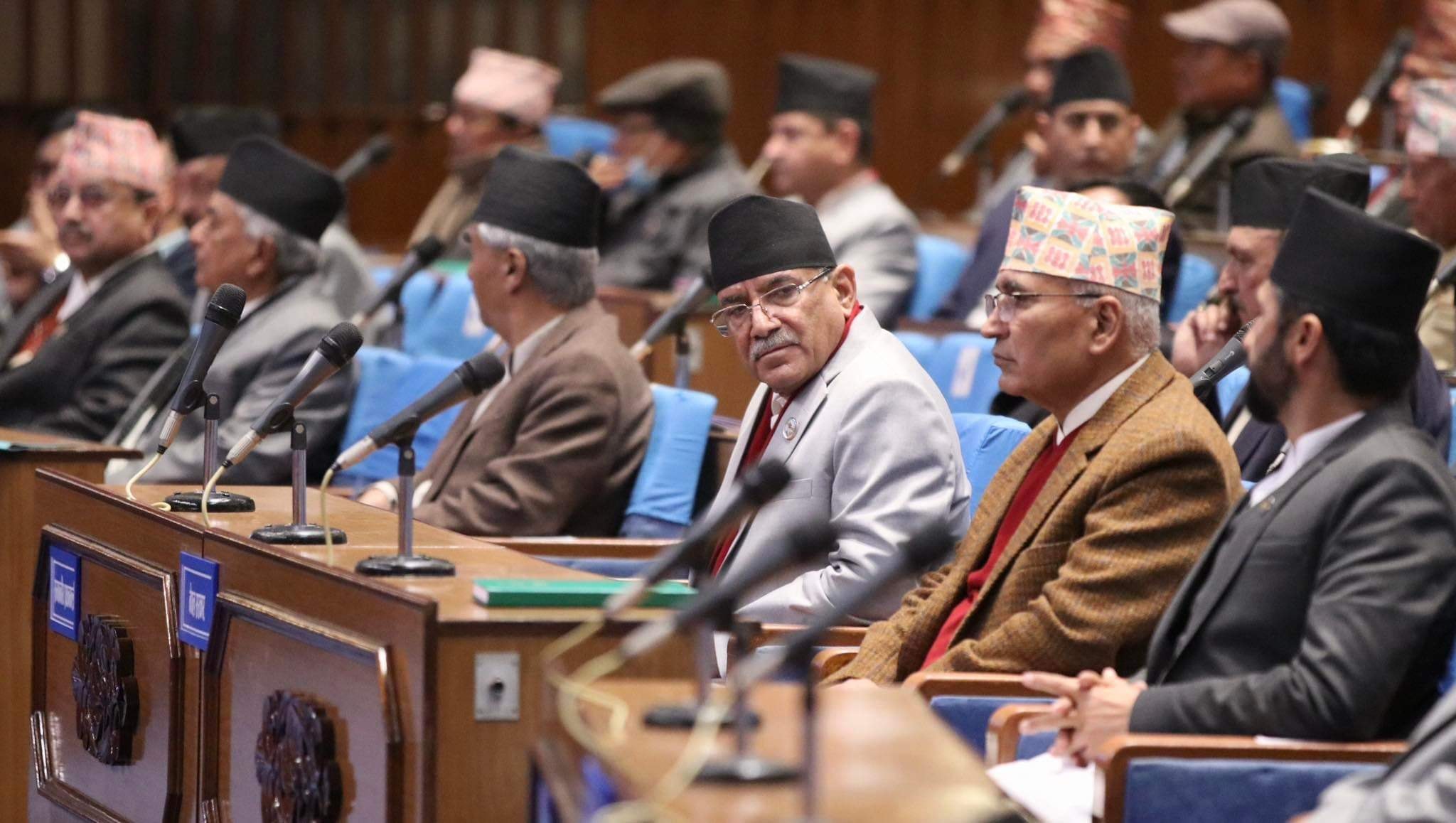 Editorial : The new journey of the new House of Representatives has started from Monday. Some of the important responsibilities that this Parliament has to carry out at the beginning have already been decided by the previous Parliament. It will have to finalize the Citizenship Bill to solve the problem of the stateless.

It will have to play a role in implementing federalism by passing the bill related to police adjustment and civil service adjustment. Laws related to truth should be made and the cases of armed conflict should be resolved.

The structure of the parliament is not easy to take forward such new and old issues. No political party has a majority in Parliament. Even though those who are part of the power coalition have brought a minimum common program, there is a big difference of opinion between them on basic issues such as federalism, citizenship, transitional justice. Even though there was almost two-third majority of the then CPN in the previous parliament, there was no consensus within the party on these issues, due to which this matter has been dragged to the current parliament. Now, when there is a government of parties with different ideologies, it may be more difficult to resolve these issues, but the new parliament must bring it to a meaningful conclusion. Otherwise, there is a risk of old issues re-emerging.

It is the most dangerous part of this parliament to see the possibility of the arithmetic of power being disturbed even when one of the parties is around. But the country will not get political stability again if the parties do not work according to public opinion and get involved in the game of power. In order not to repeat the situation where the previous parliament was on its deathbed due to internal disputes of the ruling party and to make the parliament result-oriented, the leaders of the political parties should restrain their ambitions for power.

Parliament should warn from the beginning to make the government accountable to itself. Parliamentarians should monitor government work by being accountable to the people and not to the party. For this, first of all, it is necessary to have a personality who can lead the Parliament efficiently in the Speaker’s position. Parties should consider this while proposing names for the Speaker’s candidacy. Similarly, to make parliamentary committees effective, they should be led by experienced and competent parliamentarians. Parliamentary committees need chairpersons who can break the voices of MPs who have conflicting interests and who have the ability to tell the truth to the people based on the facts from the committee’s discussion and investigation.

The constitution says that states and local levels should guarantee their rights by making laws, but the legislature has not made laws even within five years. The executive was also not affected by the defeat of the provincial and local levels. The next parliament has to solve this kind of vacancy in the implementation of federalism at the beginning. Parliamentarians should continuously hold the government accountable for people’s livelihood, economic situation of the country, rising inflation, unemployment problem, good governance etc. The tendency of parliamentarians to attend and leave the parliament meeting is not seen anymore. For this, the practice of ‘e-attendance’ started by the National Assembly can be adopted in the House of Representatives as well.