Nepal’s Democracy Puzzles: Another Occasion To Reckon And Act 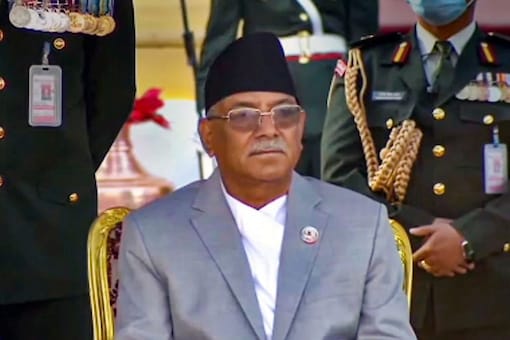 Nepal’s electoral verdict is, for a change, of the trend and it majorly reflects the new aspirations of people. The verdict also reconfirms the success of democracy in the Himalayan country whose transition from monarchy to a republic happened with endless struggle and sacrifices. Among the major accomplishments is the peaceful transfer of power, a trend that overcomes shortcomings like instability, to an extent. This has not been easy on the road less travelled, and the time ahead will not be easier either. The political incumbents’ have to reciprocate in action to fix the structural flaws blocking Nepal’s true development potential.

Serving his third term as the Prime Minister of Nepal, CPN-Maoist Centre Chairman Pushpa Kamal Dahal ‘Prachanda’ has the advantage of learning from the past in his favour. A balancing act from him to awaken the country’s policymaking to find an alternative development paradigm will reset and reboot Nepal’s economic positioning, besides it will retain the human resources from the vicious spiral of exodus to inhospitable destinations. No economy should rely only on remittance, Nepal too, has all the reasons to believe it and act accordingly.

Nepal’s potential can be enhanced, and for that matter, the next big step should be taken to mitigate the challenges of climate change and save the Himalayas besides bringing the management of shared water resources with India as top priority for joint calibrated action. The vast swathes of Nepal’s Terai and India’s bordering regions in Bihar and Uttar Pradesh have been facing an unusual climatic imbalance, resulting in both flood and drought situations in the same year. The interests of farming classes and small industries have been gravely damaged over the years in these areas. To address it, interventions have to be made urgently.

In fact, for a turnaround in both economic and environmental spheres, it would be critically important for the new government to revitalise its cooperation with India with a firm belief in complementarity and a shared vision of inclusive growth. Augmenting the infrastructural and technological capabilities will be game changers for Nepal, and India’s development and economic partnership will be immensely helpful in realising it.

At this point in time, Nepal’s industrial landscape is heavily dominated by a few sizable businesses. Micro, Small and Medium Enterprises (MSMEs) are the backbones but they are struggling for survival in post-Covid pandemic phases where the demand slump and liquidity crunch are posing serious existential threats. What lacks is a ‘level playing field’ as the culture of ‘perfect competition’ has never been tried on. It is expected that the new government reshape the political economy by pursuing indigenisation as a mission, and to let it happen, the ideological commitment has to travel along with the spirit of reforms. Possibly, India’s tryst with economic reforms which started in 1991, may inspire bold and urgent decisions breaking the trends of ‘monopoly, cartelisation and compromised growth’.

Among the key priorities that should determine the policy approaches are letting the economy grow as per its true potential and identifying the sectors that can help in maximising the exports—thus easing the balance of trade gap. The energy sector can contribute a lot, and the positive momentum that started with exporting to India should see further growth in the coming times. This will be a win-win situation for both countries by relying on clean energy (hydroelectricity) and with reasonable cost-attachment. Telecom and IT & ITeS too offer immense opportunities and allowing competition in these sectors will support Nepal’s economy to get a new scale. And finally, tax reforms should be considered. This has been pending for a long time.

In a bid for reforms, institutional manoeuvrings should come to terms with changing collective aspirations in Nepal that are for improving the governance and economic fundamentals. Irrespective of the nature of the government that emerged out of a coalition of multiple stakeholders, the inherent message of assembling appears to be in sync with the challenges confronted upfront. The verdict is shaped with domestic considerations and that makes an important shift from the past when many a time, geo-strategic factors triumphed over geo-economic priorities or the welfare of the economy at large.

As some major changes may be needed for Nepal to embrace the economic reforms spirit, it is sacrosanct to know that the Covid-19 crisis is the largest shock to the global economy since the Great Depression of the early 1930s, with more than 100 million people falling below the poverty line in 2020-21. The pandemic found most countries totally unprepared to deal effectively with its devastating consequences. What does this say about spending priorities, against the background of future claims on public resources linked to population ageing, climate change mitigation and adaptation and other social and economic needs? These larger questions need to be answered and that too in action, not merely in words.

Would strengthening the underpinnings of our system of social protection go a long way to help erase extreme poverty, malnutrition, illiteracy and gender discrimination in an age of plenty? What are the main lessons to emerge from the pandemic and how can we rethink economic governance with a view to enhancing human welfare? Another few important points that Nepal should genuinely delve into and make efforts to imbibe hope is through channelising effective public policies and implementations.

The challenges and opportunities of Nepal can’t be comprehended in numbers alone, rather an empathy to acknowledge what has been achieved and humility to accept the imminent changes for the greater common good would do well in the long term. Nepal is endowed with rich natural and human resources and it has the potential to evolve further as an economy and a matured democracy and the democratisation of institutions helps its case. At home and on a very significant bilateral front with India, Nepal’s new Prime Minister’s display of leadership qualities will go a long way in some course corrections and making the ground for promising possibilities.

Atul K. Thakur is a policy professional, columnist and writer with a special focus on South Asia. The views expressed are personal.