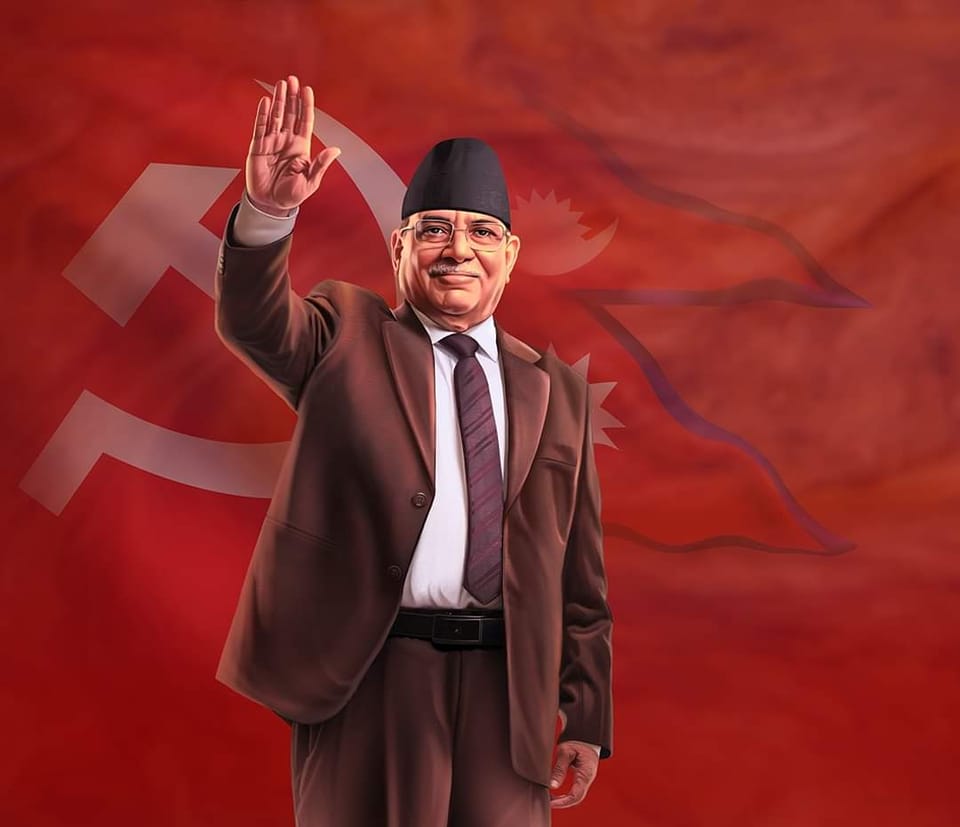 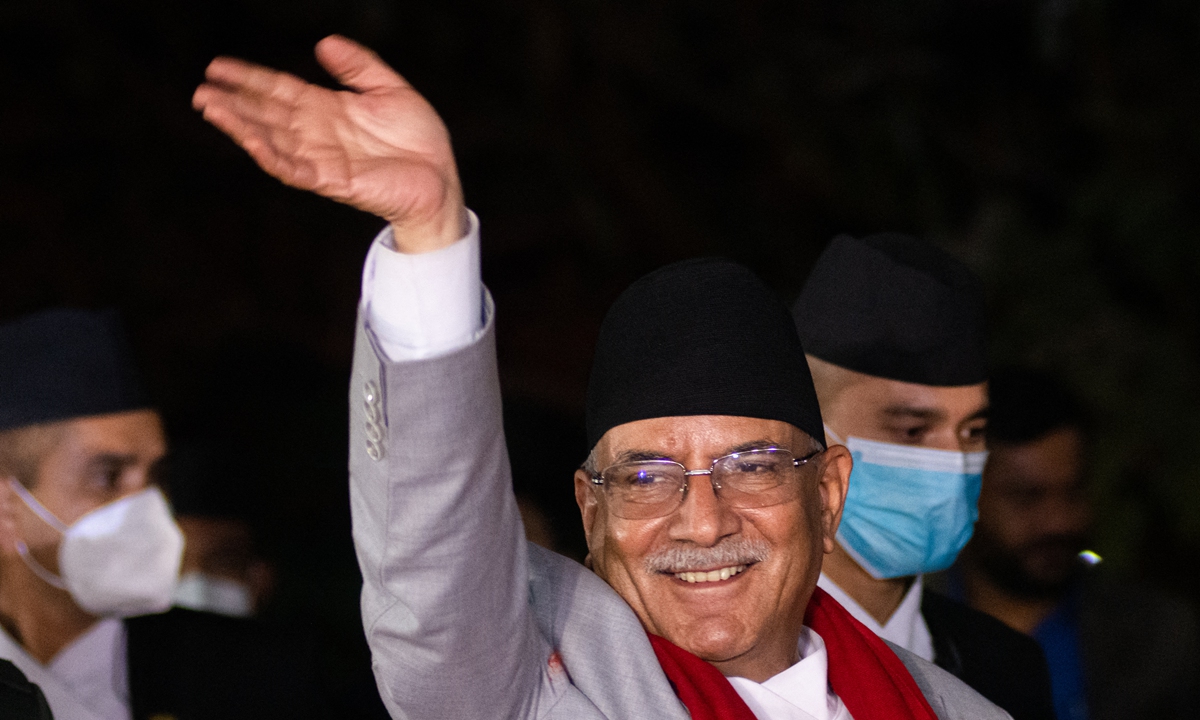 Nepal’s Prime Minister Pushpa Kamal Dahal. Photo: AFPPushpa Kamal Dahal, widely known as Prachanda, was sworn in on Monday as the Prime Minister of Nepal for a third time. In the crucial stage of forming a new government, the Communist Party of Nepal (Maoist), or CPN (M), led by Prachanda, once again chose to join forces with the Communist Party of Nepal (Unified Marxist-Leninist), abbreviated CPN (UML) to jointly obtain the ruling power.

According to the agreement between the two, Prachanda and Chairman of the CPN (UML) KP Sharma Oli will each take two and a half years in power to complete the new five-year term. The cooperation between the two major Nepalese communist political forces is objectively conducive to the realization of the political will of the Nepalese people for national independence. The two major political parties have a deep political base among the people, and are ideologically focused on opposing imperialism, hegemony, and regional expansionism.

In recent years, some extraterritorial forces, particularly the US, have exerted extensive and multifaceted interference and infiltration in Nepal in an attempt to manipulate and control the political situation in the country. In February 2022, the US Millennium Challenge Corporation landed in Nepal, which is a signal that the US is trying to further exert control over Nepal. In June, after General of the United States Army Pacific Charles Flynn visited Nepal, a draft of the US State Partnership Program (SPP), aimed at strengthening military cooperation between the US and Nepal, was unveiled. Nepal’s high-altitude terrain can be used as a scientific and military intelligence monitoring point and missile base, covering Southeast Asia, South Asia, Central Asia, the Indian Ocean, and even the Persian Gulf.

US interference attempts have seriously damaged Nepal’s political independence, of which Nepal’s political forces have a clear understanding. Nepal is extremely sensitive to the US Indo-Pacific Strategy, from the official to the private sectors, and is worried that Nepal will become a military arena for major powers. Nepalese officials have repeatedly rejected the unilateral statement of the US, emphasizing that the government of Nepal has nothing to do with its strategy. When the SPP draft was disclosed, public opinion in Nepal also criticized the US overwhelmingly.

Washington went to great lengths to interfere in the Nepalese general election in order to create a political environment more conducive to manipulation. On the one hand, it has been cozying up to and cultivating young agents within traditional political parties. On the other hand, it has been supporting new alternative political forces, especially those with a Western educational background who support Western democracy and oppose communism.

Under the influence of American lobby groups, some media in Nepal called on voters to boycott old Nepalese politicians and repeatedly promoted the implementation of the Millennium Challenge Corporation and the SPP. The US lobby group even attempted to push for a change of president in Nepal. The current president of Nepal is Bidhya Devi Bhandari, the wife of the late leader of the CPN (UML), Madan Bhandari, who has very high popularity in Nepal. Washington urgently needs a weaker, non-Communist president to come to power to meet its strategic needs.

Originally, the US was almost ready to “congratulate” the CPN (M) for forming an alliance with the Nepali Congress. However, the reorganization of Nepal’s ruling alliance made US calculation come to nothing. The ruling alliance coming to power this time has brought confidence to many Nepalese, but the burden on the shoulders of the alliance is also very heavy. The primary task is to ensure the stability of the Communist Party’s ruling alliance, successfully complete the five-year term, effectively promote various social development agenda in Nepal during the term of office, and strictly prevent external forces from stirring troubles for the alliance.

The combination of the two parties should be able to learn lessons from the past and bridge the gap, especially to maintain the existing political organization and fundamentals as much as possible. On the one hand, the alliance should continue to strengthen and consolidate the mass foundation of the Nepalese communist movement; on the other hand, it should consolidate the political organization and ideological foundation of the two parties. When conditions are ripe, it should take on the task of absorbing and integrating the communist forces in Nepal as a basis for building a more stable and truly independent Nepal.

The author is an associate researcher at the School of Marxism Studies, Chinese Academy of Social Sciences. [email protected]